It is no secret that the unstable economic situation leads to a decrease in the wages fund, which is the basis for calculating contributions to state pension funds. The financial shortage will certainly affect the size of pension payments in the foreseeable future. However, the consequences of a lack of resources can be seen already today.

The state is actively campaigning to save up for retirement independently. For this, private pension funds are created, abbr. NPF. How to choose the best NPF and not regret it after retirement? 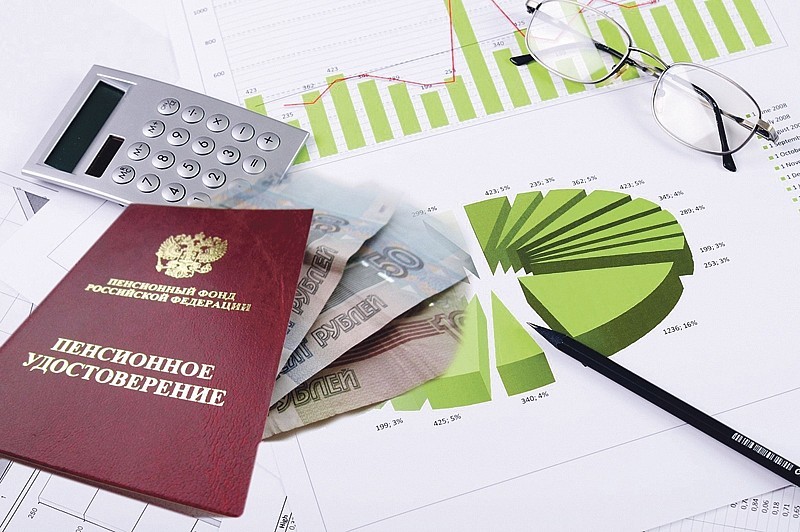 What is a non-state pension fund

NPFs can hardly be called completely independent from government organizations. Most often, these are companies with private or collective ownership.

The main difference from the state is the principle of accumulating a pension. If we talk about payments that the state makes to persons who have reached a certain age, then there is a solidarity system. Simply put, the citizens who work today provide support for today's retirees. Most of the contributions for the employee are made by the enterprise in which he works.

The amount of payments depends on the length of service and the average salary of the "yesterday" employee for a certain period. When placing funds, a person gets the right to pay additional amounts of pension. Depending on the contribution, it may well exceed the amount of government payments. Moreover, additional income directly depends on the depositor.

The principle of operation of state and non-state funds is approximately the same. Their task is to attract financial resources of legal entities or individuals, accumulate them in accounts and invest in profitable investment projects that generate income.

And, of course, the system of distribution of funds is significantly different. Under a solidarity system, it fully depends on legislation. The accumulative system enables the employee to regulate contributions himself, and, accordingly, the amount of remuneration for work.

Non-state pension funds are a relatively new business, however, like funded pensions, so many treat them with distrust. Young people are more advanced in financial matters, but, along with placing funds in funds, they consider deposits, stocks and bonds. Such assets are easy to implement in a difficult situation.

When choosing an NPF, first of all, they look at its profitability and reliability. The first is directly related to the ability of the management company to place attracted financial assets and receive income from investments, but this does not mean that the company is reliable. The profit is always greater where the risks are also high. Choosing a fund solely by the amount of income, it is easy to get into the networks of fly-by-night companies.

The placement of funds in NPFs has significant disadvantages:

In addition to reliability and profitability, it is worth considering the terms of the transaction, namely:

There are several ratings of NPFs. The most reliable is the rating of the Central Bank. It takes into account the year of foundation of the company, the number of participants, the amount of savings, profitability and terms of placement. But it should be borne in mind that not a single rating will be indicative if we consider it in the context of one year. Dealing with finance is difficult, with ups and downs.

The main thing is that the latter should not be protracted and did not lead to the bankruptcy of the organization, and, accordingly, to the suspension of payments. That is why the editors of the site "best-en.designuspro.com" decided to consider several NPFs in terms of reliability and income level.

The most reliable NPF will always be the one that has been working on the market for a long time, has large volumes of attracted funds and has an extensive clientele. The latter, by the way, is very important. If the fund is not involved in scandalous stories, and clients are sleeping peacefully and do not think to withdraw money to other companies, including on more favorable terms, then this speaks of the reliability rating much more than the regulatory authorities. 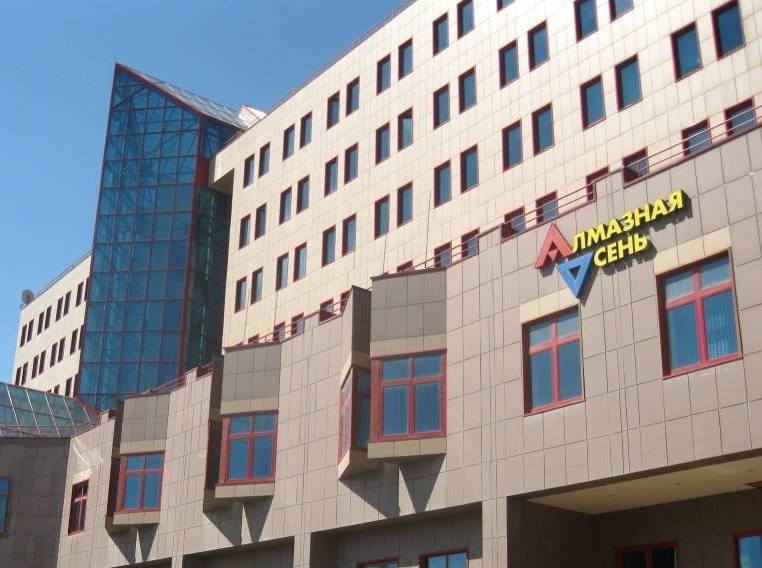 The company celebrated its 25th anniversary in May 2020. 99% of the company's shares belong to Alrosa, the largest diamond mining enterprise in the Far East. Initially, the fund was created specifically for its employees, but over time, the client base has expanded and in 2020 it is 62.4 thousand participants.

Pension assets, in comparison with other NPFs, are small and amount to only 34.5 billion rubles. But if we consider that only 0.5% of all savings are spent on payments to current pensioners, then the company has excellent prospects. All analytical agencies assess its work as stable, including thanks to the competent management by Kapital and VTB Capital Asset Management, which prefer to invest in reliable state-owned enterprises and financial institutions. In 2019, the return on savings was 9.92%. 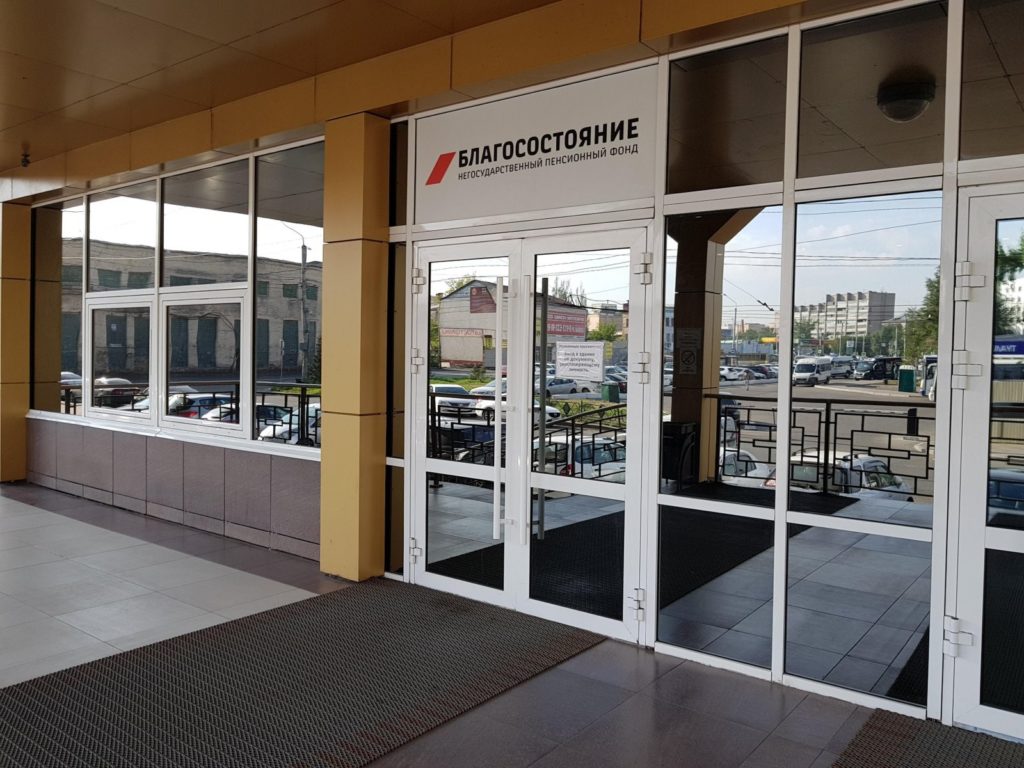 One of the largest and most reliable financial institutions. In 1996, Gazprombank and Russian Railways became its founders. As of 2020, the number of customers has exceeded 1.4 million. The company actively works with corporate clients and individuals. The volume of reserves at the end of 2019 is about 415 billion rubles. Branches operate in 72 cities of the country.

NPF keeps up with the times, investing in advanced technologies, shares of reliable companies that have proven themselves on the market. For 15 years, starting from 2003, the increased income was 8.3-8.5%. However, in 2019, the organization broke the 10% bar. 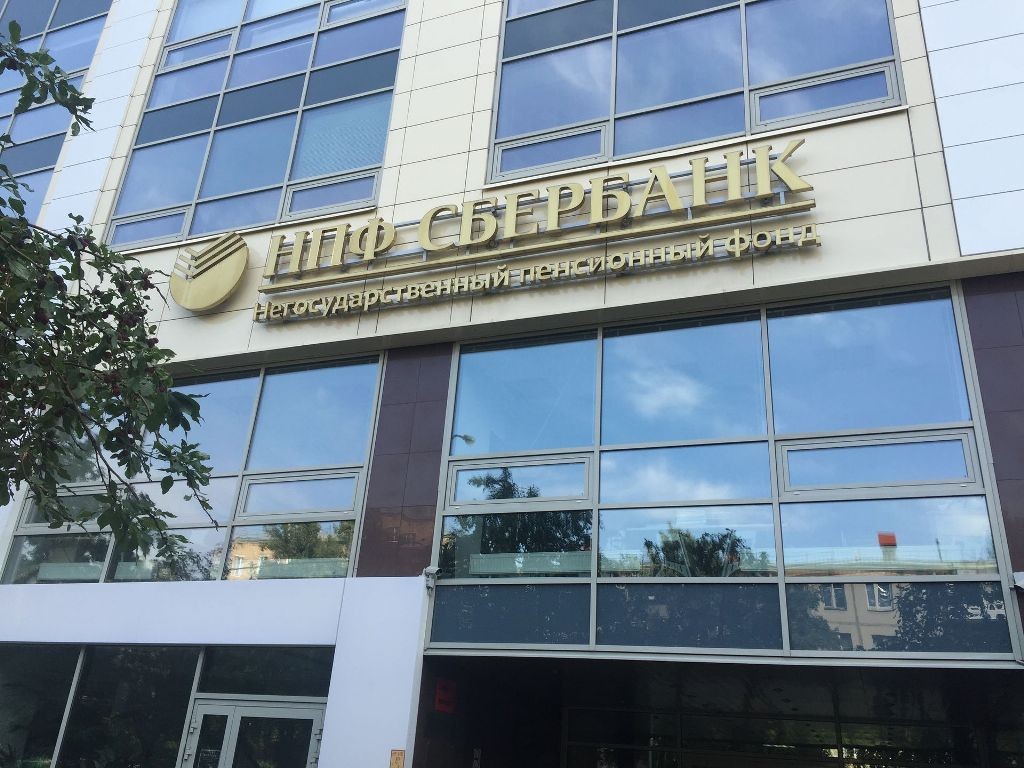 The sole owner of the company is Sberbank OJSC. Thanks to this fact, the fund annually occupies the highest positions in the ratings for reliability. The safety of deposits is also influenced by a well-coordinated team of analysts who analyze all reserves on a weekly basis, and it is worth noting that there are many of them. At the beginning of 2020, the reserves amounted to more than 600 billion rubles. Analytics helps to quickly respond to any changes in the financial market and neutralize possible recessions.

The most profitable NPF

The reliability of NPFs, of course, is good, because you will have to cooperate with the fund for more than one year, but what to do if you have a desire to accumulate a significant amount in a short time so that you do not limit yourself in retirement shopping, exciting trips and gifts for loved ones? Perhaps look for a fund with high interest rates. 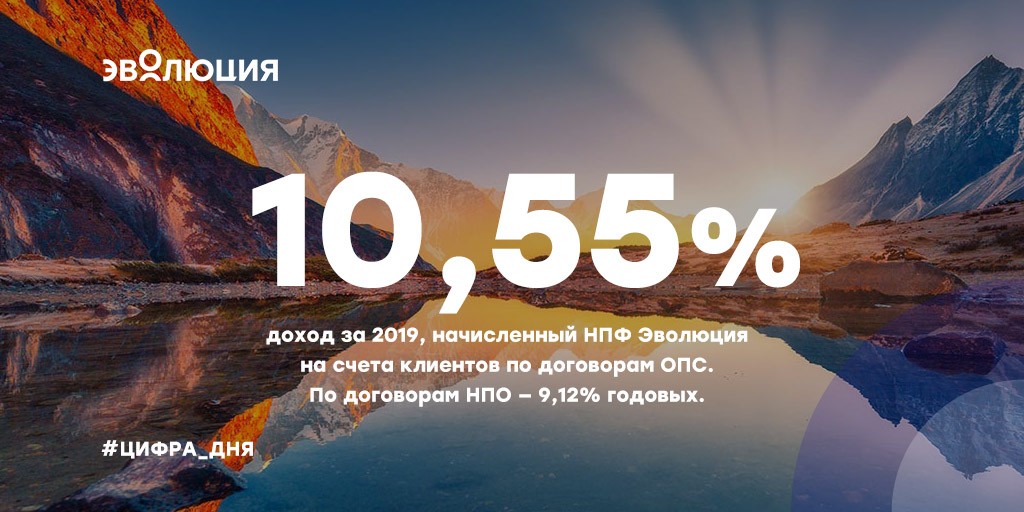 Since 2019, he has been the legal successor of the NPF Neftegarant, which merged with the Consent Foundation. As a result, the number of participants reached 162 thousand people, and the accumulation fund - 89 billion rubles. Over the past year, they have grown by more than 13%, and the return on deposits was 10.9%. The company intends to develop in the market of retail pension insurance services. 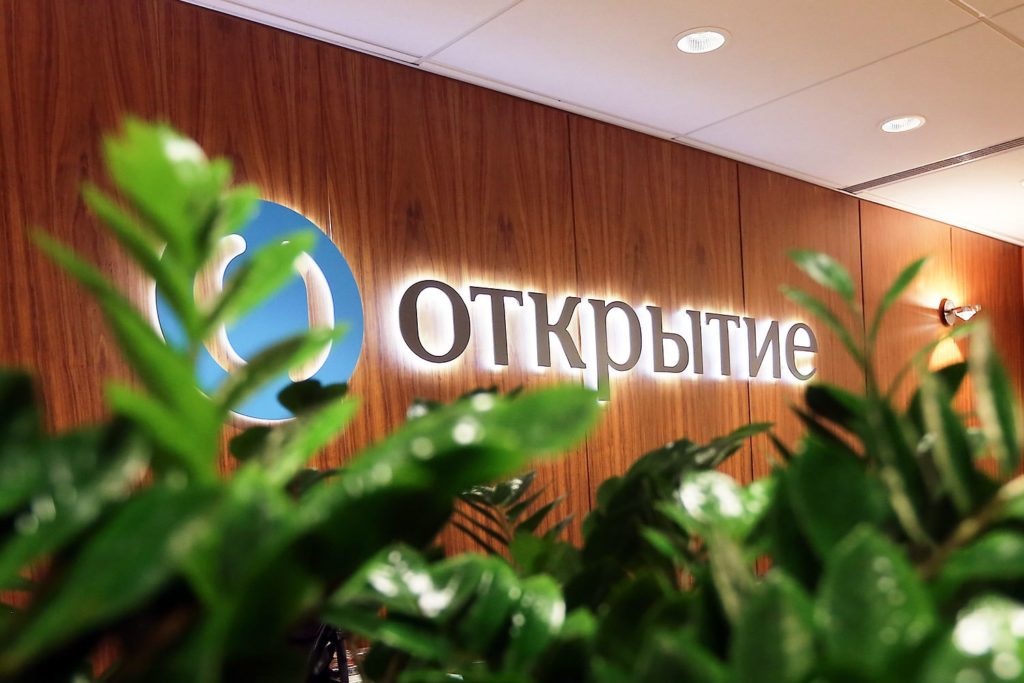 Started to work in 1994. It was then, under the supervision of Otkritie Bank JSC, that several large private pension funds merged. As a result, as of 2020, it covers 7.1 million people and has an amount of 516 billion rubles. It is rightfully considered one of the largest funds in the country. Most clients like not only reliability and excellent income level, but also a loyalty policy aimed at comfortable and profitable work. 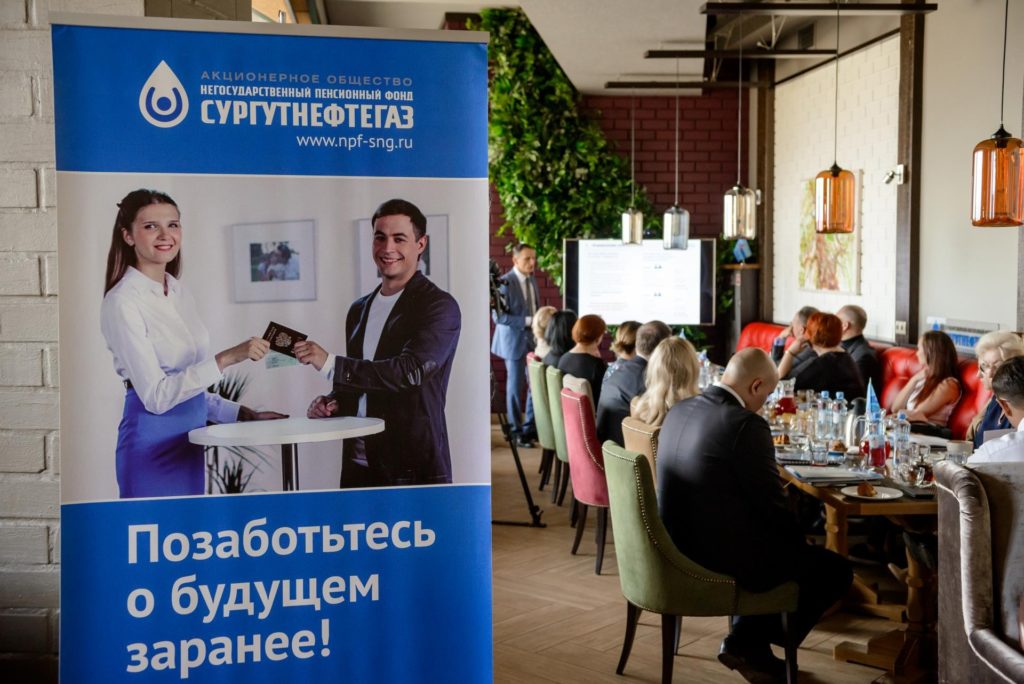 In 2019, NPFs had the highest profitability among similar organizations.It was 13.1%. The organization has existed since 1995. The only company of the same name participated in its creation. Initially, the activity was designed to serve workers living in the northern regions.

In 2020, this NPF has at least 40 thousand participants and has financial resources of 11 billion rubles. This is somewhat confusing for some analysts. Small reserves are explained by the small geography of transactions and several disastrous years in the early 2000s, when the yield dropped to 2%.

However, the situation has stabilized. Since 2008, the company has been participating in the compulsory pension insurance program, and since 2018 it has been working in partnership with JSC BANK SNGB, which makes its services available to the entire population of the Russian Federation.

The number of individual pension insurance companies is growing. In order not to miscalculate, it is worth choosing organizations with a long history, a large number of clients and significant capital, but it is even more important not to put your eggs in one basket. The economic situation is constantly changing. In 2020, you can choose between NPFs, deposits, investments in real estate or precious metals.

SIMILAR ARTICLESMORE FROM THE AUTHOR 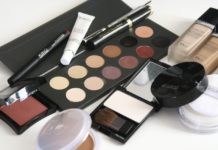 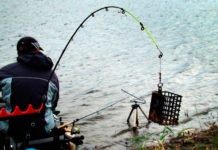 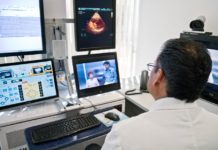 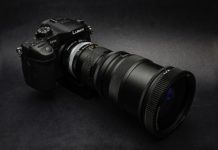 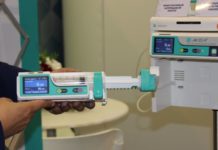 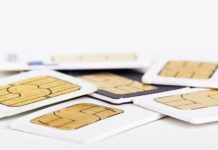 The best models of women's business suits for 2020

The best hot tub manufacturers for 2020

💊Choosing the best pills for irritability, nervousness and aggression in 2020

ABOUT US
Our ratings and reviews will help you make the right choice!
© 2020 best-en.designuspro.com
MORE STORIES